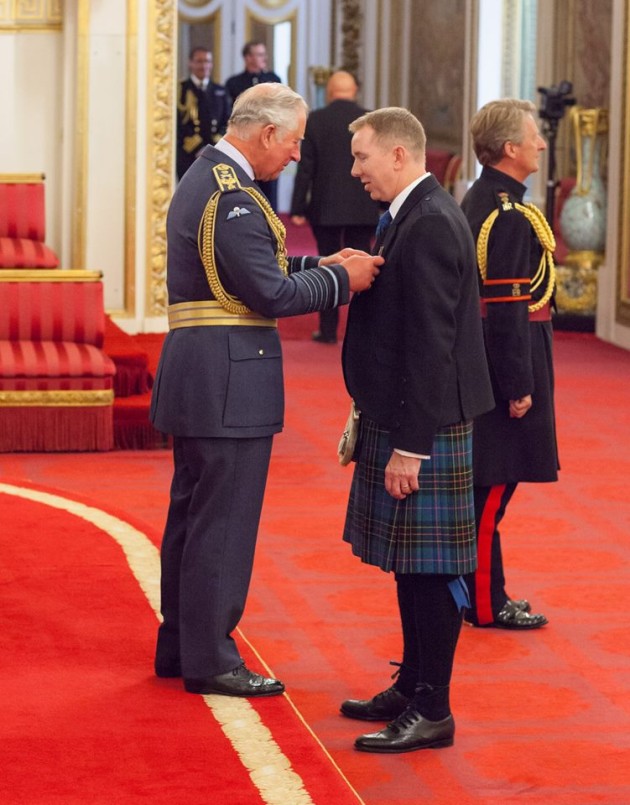 Scotmid Chief Executive, John Brodie received his MBE for services to business and the voluntary sector in Scotland at a ceremony at Buckingham Palace last week.

John received the honour from Charles, Prince of Wales.

John said: “It was a fantastic and unforgettable day at Buckingham Palace.

“The award is recognition not just for what I’ve done, but also for what many colleagues do on a daily basis.

“I would like to thank everybody, who has helped me to achieve this great honour.”